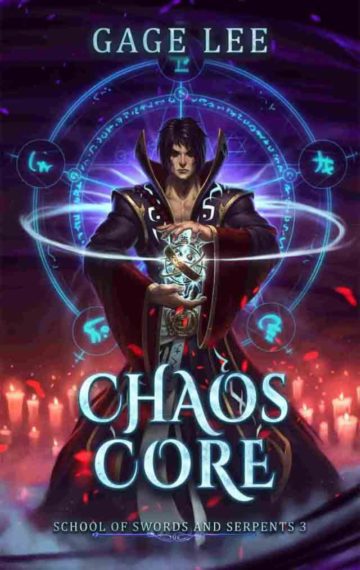 The dragons have returned from Shambala, and Empyreal society will never be the same.

As Jace struggles to control his unraveling core, the immortal dragons challenge the Empyreals for control of the world’s destiny. Thrust into a competition against the deadliest students from around the world, Jace must lead his team of friends to victory. If he fails, all of humanity will be bound to the will of the Scaled Council.

And if the dragons don’t defeat the Empyreals, dark forces within human society just might.

The heretics have stepped up their attacks, pushing the Shadow Phoenix clan to the brink of annihilation. A conspiracy of the wealthy and powerful threatens to enslave a very special group of students. And the Inquisition has dark plans for the Eclipse Core.

And, like his core, Jace is splitting at the seams. Torn between the need to stop the Grand Design from falling into clawed talons and his quest to find his mother and the answers she carries, the young warrior must dig deep within to overcome the forces aligned against him.

Chaos Core is the third installment of the best-selling School of Swords and Serpents series.