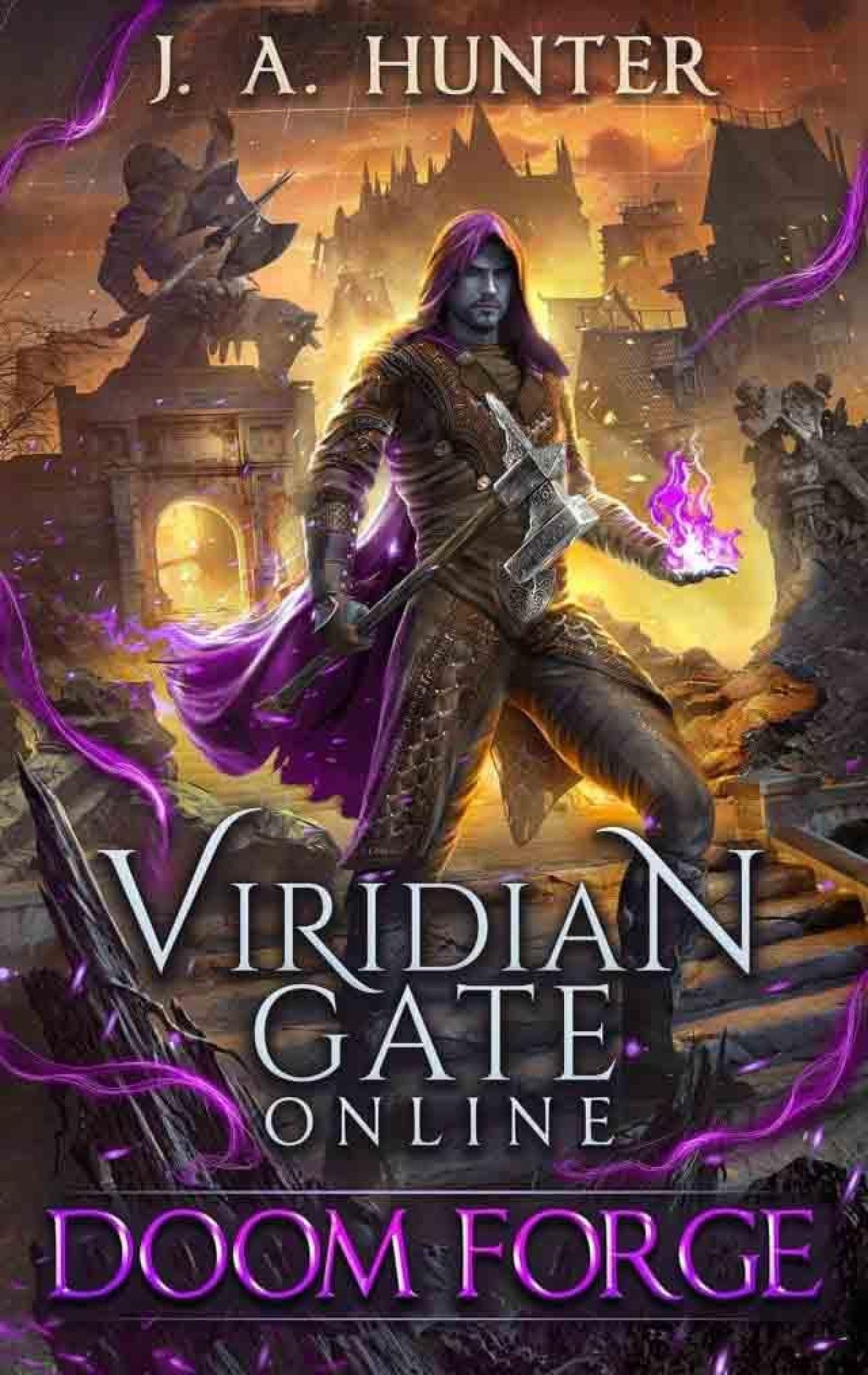 Jack and the crew of the Crimson Alliance have finally made it back from the Realm of Order, but the threat to Eldgard is deadlier than ever.

Vogthar incursions are increasing, dungeons falling in droves, towns and cities ravaged by Darklings—Players and NPCs who have willingly sided with the Dark Overmind Thanatos. But thanks to a priceless artifact Jack found after defeating the Lich Priest, there might be a glimmer of hope on the horizon. Jack and company have unearthed a Doom-Forged relic, one part of an ancient weapon capable of killing even a god. But to assemble the legendary god-killer, they’ll need to find the other relics and locate the fabled Doom Forge of the Dwarven godling Khalkeús, all while unraveling a mystery five hundred years in the making.

From James A. Hunter the Bestselling Author of Rogue Dungeon, Bibliomancer (Completionist Chronicles Expanded Universe), and Shadowcroft Academy for Dungeons comes the sixth installment in the bestselling LitRPG Epic Viridian Gate Online! Jack’s adventures in a cutthroat virtual reality fantasy world will grip fans of Ready Player One and The Stormlight Archive alike. With over 350,000 copies sold, this is one series you don’t want to miss!