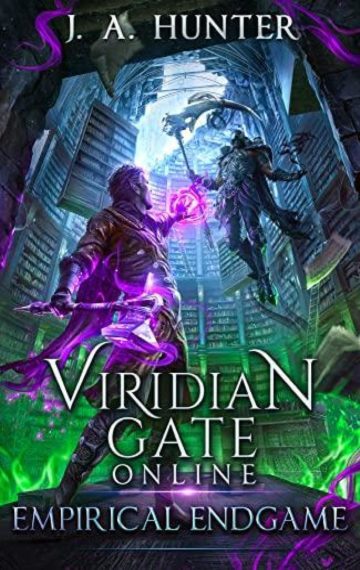 The Darkling City has fallen, but its final Stronghold remains.

With the Reality Editor in hand, Jack thought the assault on Skalahólt would be a short victorious war, but his army has been stopped cold, and worse, someone close to him has been taken by the Overmind of Death. Every second counts if Jack wants her back alive, but to even have a chance, he’ll have to leave his troops behind and dive into Thanatos’s twisted game within a game.

Stranded behind enemy lines with only one shot at victory, Jack is faced with seemingly impossible challenges that will require him to think outside himself, to change, and even to lose. But as the puzzles take a new turn and the other Overminds finally reveal their hands, it soon becomes clear that more than just this battle or even the war is at stake. Eldgard’s future is being written in Jack’s every action and word, and the Travelers may not have a place in it…

From James A. Hunter the Bestselling Author of Rogue Dungeon, Bibliomancer (Completionist Chronicles Expanded Universe), and Shadowcroft Academy for Dungeons comes the final installment in the bestselling LitRPG Epic Viridian Gate Online! Jack’s adventures in a cutthroat virtual reality fantasy world will grip fans of Ready Player One and The Stormlight Archive alike. With over 350,000 copies sold, this is one series you don’t want to miss!