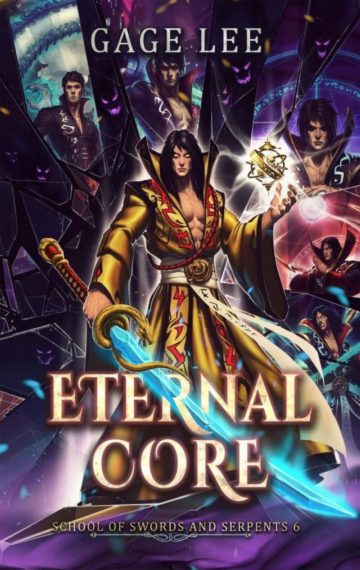 The end of Jace’s quest is at hand, but so is the end of the mortal world.

Since earning his way into the School of Swords and Serpents, Jace has gained allies, thwarted enemies, and set out to save reality from unraveling. With the end of the Flame’s mission in sight, Jace is ready to relax and enjoy his last few years at the School.

But things are not as simple as they appear.

Jace has lost a year of his life. His most trusted friends have scattered to the ends of the Earth. And the enemy that pushed him down the Eclipse Warrior’s path is back with a vengeance.

With the odds stacked against him, Jace soon learns that he has only one chance to save the Grand Design and restore order to the world. He’ll have to push himself to the final level of advancement and become the Eternal Core.

Even if it kills him.

Eternal Core is the final book in the best-selling School of Swords and Serpents series. Filled with cultivation magic, powerful enemies, and epic battles against impossible odds, this is the final step in Jace’s legendary quest.