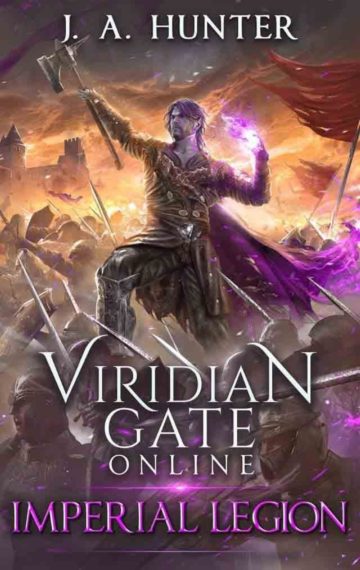 Listen to a sample
$5.99Buy NowRead A SampleBuy The Audiobook

The Imperial Legion marches, and war looms on the horizon…

Jack Mitchel and his misfit crew of rebels never wanted a fight with the Empire, but the time for diplomacy has passed.

Ruthless tech-genius Robert Osmark is coming, and trailing behind him is a vast army determined to wipe the Crimson Alliance from the face of Eldgard. Impossibly, Jack has united the warring Murk Elf clans under his banner, but even with their aid, the Alliance is still badly outnumbered, and Osmark has some nasty tricks up his sleeves.

And while the long-awaited battle unfolds, an ancient evil stirs in the heart of Viridian Gate Online—one that will change the game forever.

From James A. Hunter, bestselling author of Rogue Dungeon, Bibliomancer (Completionist Chronicles Expanded Universe), Shadowcroft Academy for Dungeons, and the Yancy Lazarus Series! Jack’s adventures in a cutthroat virtual reality fantasy world will grip fans of Ready Player One and The Stormlight Archive alike. With over 350,000 copies sold, this is one LitRPG series you don’t want to miss!