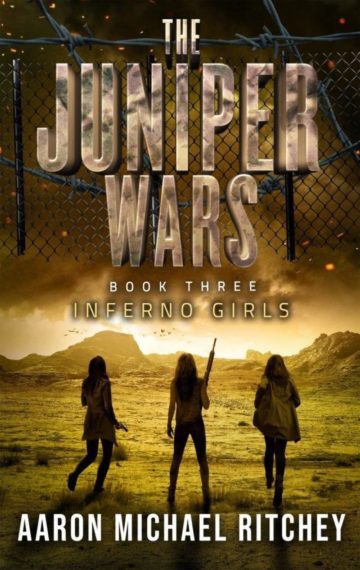 And hell followed with her …

By 2058, both the Sino-American War and the Sterility Epidemic have decimated the male population. Electricity does not function in five western states. Collectively, they are known as The Juniper. It is the most dangerous place on Earth.

Cavatica Weller and her gunslinging sisters did the impossible: they took three thousand head of cattle across a wasteland of outlaws, blizzards, and a cloned army of super soldiers. But once again, they are on the run.

This time, there are no outsiders, they know who the enemy is, and the stakes have never been higher. In the deserts of a broken world, they’ll be pushed to their limits.

And standing between them and freedom is a mysterious city ruled by men.