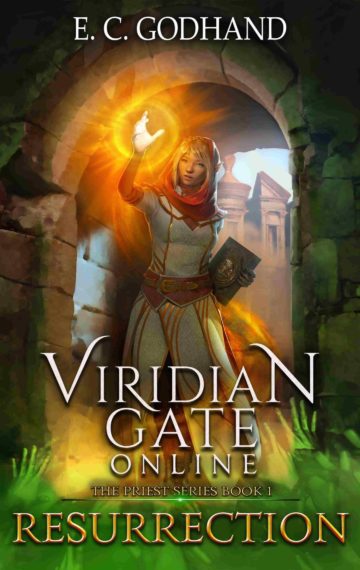 So when Dr. Lisette Chen discovers her staff have uploaded their consciousnesses into the massive MMO, Viridian Gate Online, she reluctantly takes a chance and logs in. Her goal? Discover why her colleagues abandoned her when she needed them the most.

In a blink, she finds herself in a fantastical world where her healing skills—both as a doctor and a Priestess of Gaia—are sorely needed. A group of dark priests is spreading a digital plague that threatens NPCs and Travelers alike, and somehow it is all connected to her old coworkers. Lisette is the only one who can unravel the mystery before time runs out on humanity’s new safe haven.

Lisette’s already lost one world, and she sure as hell isn’t going to lose another.