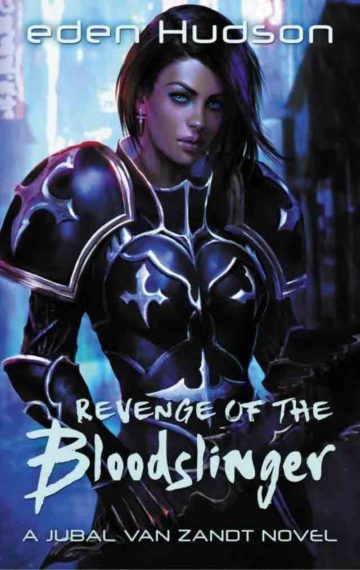 Narcissist, sociopath, and shameless backstabber Jubal Van Zandt is the best damn thief in the history of the Revived Earth…and he won’t shut up about it.

But not everybody in the swampy, soggy, feudal future approves of Jubal’s vocation. The Guild—the religious fanatics who helped rebuild civilization after the collapse—in particular are waiting for their opportunity to slip the noose around his neck.

Which is why when the renowned Guild knight Carina Xiao—a.k.a. the Bloodslinger—contacts Jubal about an off-the-books job that violates Guild Law, he’s too intrigued to say no. He is the best damn thief in the history of the Revived Earth, after all.

From eden Hudson, bestselling author of Rogue Dungeon, Path of the Thunderbird, and Death Cultivator comes an irreverent series that is equal parts bizarro ecopunk, outworld thriller, and odd-couple roadtrip. Join Jubal Van Zandt and Carina Xiao as they embark on a quest for blood and betrayal across the Revived Earth.