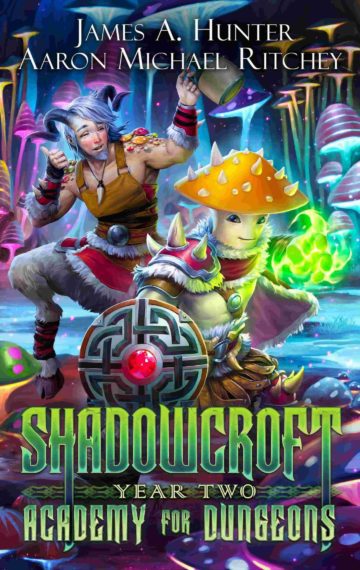 After narrowly surviving his first year at Shadowcroft Academy for Dungeons, Logan Murray—army vet turned fungaloid—thought the hardest and weirdest days of his life were finally behind him.
Logan has never been that lucky.

Students are being killed, more so than usual, and no one is quite sure why. Logan and the Terrible Twelfth suspect it has something to do with Arborea’s secretive past. Worse, solving the mystery is only one of Logan’s many problems. His cultivation has stalled, Prince Chadrigoth is trying to murder him, and he’s got a lineup of new and challenging classes, like Best Friends Forever: Your Minions and You and Offensive Dungeon Design: When the Best Defense is Preemptive Murder.

Logan didn’t survive his first year by giving up when the going got tough, and he has no intention of rolling over this time around. All he needs to do is level up his core, advance to his next monstrous evolution, unravel a mystery as old as the school itself, and put the smackdown on a demonic bully with murder on his mind. You know, just another ordinary year at good ol’ Shadowcroft.

From James A. Hunter—bestselling author of Rogue Dungeon, Bibliomancer (Completionist Chronicles Expanded Universe), and the LitRPG epic Viridian Gate Online—and Dragon Award Finalist Aaron Michael Ritchey, comes a brand new Dungeon Core series, like nothing you’ve ever seen before. Funny, funky, and full of Gamelit goodness, this is one series you won’t want to put down!