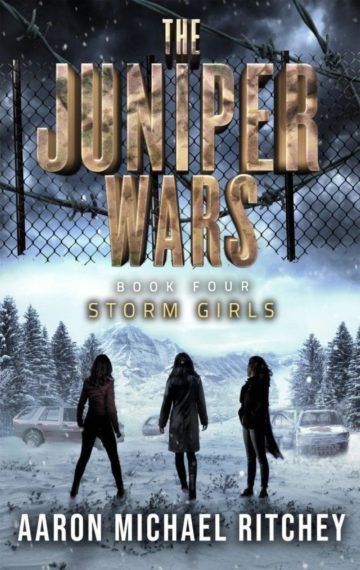 Sometimes the monsters are real.

For months, Cavatica and her gunslinging sisters have heard rumors of psychotic monstrosities killing everything in their path. But first the Wellers have more important concerns: Pilate and Micaiah have been captured by the ARK, and it’s up to the sisters to save them.

Once again, the odds are not in their favor. If they manage to survive the treacherous weather of the Rocky Mountains, Tiberius “Tibbs” Hoyt has created a new army of super soldiers known as the Severins to stop them. You need an army to fight an army, and the Weller sisters think the Outlaw Warlord known as June Mai Angel might help them. But she’s tried to kill the sisters twice. Can they convince her to help?

And while the Wellers think their enemies are outside of their tight family, the ultimate betrayal lies ahead as they battle their way toward the Kansas border.