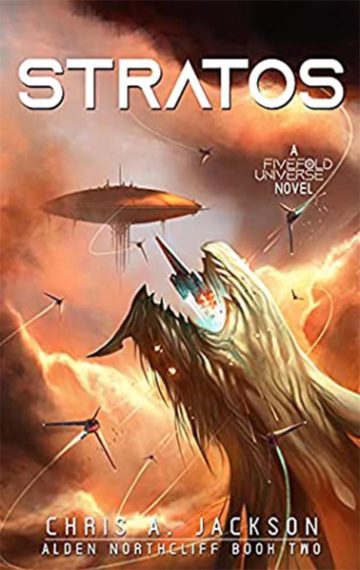 The mission was supposed to be simple: travel to the gas giant Stratos, inspect the newly discovered alien artifact, and file a report—a perfect opportunity to shakedown his new ship and crew. What Alden Northcliff finds, however, is a planet on the edge of rebellion and the economies of five different star systems at stake.

With Fleet reinforcements weeks away, Alden has to lie, trade favors, and battle terrorists to gain access to the gas giant’s mysterious alien structure. What he finds aren’t dusty ruins but an ancient weapon of war. In the wrong hands, it could kill tens of billions or, worse, awaken its creators. Can Alden stop the human infighting long enough to save them? And how will the gift he received from the Leviathans of Pacifica interact with Stratos’s unique denizens?