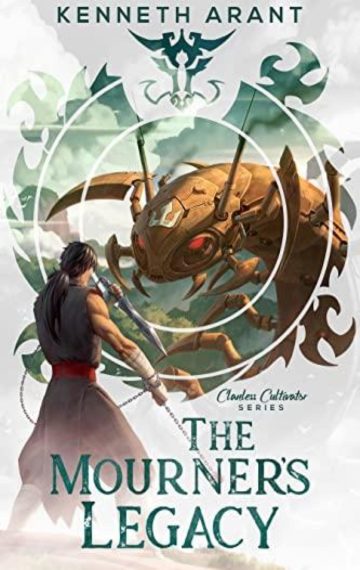 Taryn and his closest allies safely acquired the dragon core and left Haven City behind, departing for lands unknown. They were content with the knowledge that life would go on without them, and few, if any, would miss the itinerant cultivators.

Without the pressure of the clans weighing on them night and day, Taryn, the Xia twins, and Fan Shun are finally free to find their own places in the world… But the Mourner lied, and that lie is quickly coming back to haunt Taryn.

Taryn didn’t save Haven City by taking the dragon core with him, nor did he delay the inevitable. The city was attacked mere days after the group’s departure, and its infallible wall was shattered, leaving the clans at the mercy of a cultivator of unimaginable power.

To save themselves and their city, the residents of Haven have sworn an oath to their conqueror. They must find the one responsible for Gu Qigang’s death and return the treasure Taryn “stole” if they want to survive.

Will Taryn’s journey to a better future be stopped by the shackles of his past? Should he sacrifice himself for the only home he’s ever known, flawed as it was… or will he fight toward a brighter future, consequences be damned?

From Kenneth Arant, bestselling author of the Snake’s Life Series, comes a brand-new cultivation adventure perfect for fans of xanxia, demon beasts, and mystic martial arts of all types.