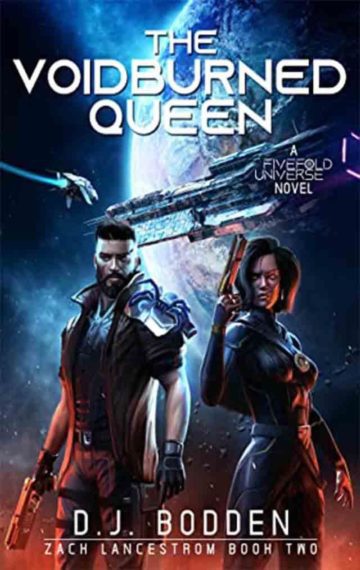 A broken ship. A legacy tainted. A path into the dark.

Zack’s crew survived running a Federal Fleet blockade only to fall into the clutches of an unscrupulous space captain. They have minutes to take over a ship three times the size of their shuttle before they get marched out of an airlock, and they’re outnumbered eight to one. To make matters worse, the ship is carrying cargo for the biggest criminal organization in the star cluster, the Venturi Cartel, and no one has crossed them and lived.

Not every problem can be solved with a gun. The Federal Fleet is still after them. The Cartel is everywhere. Their AI has been infected with a deadly virus, and the planet they’re heading toward is suffering from not one but two pandemics.

The simplest thing would be to give Desdemona Venturi what she wants, but this time she picked a fight with the wrong crew.

From D.J. Bodden, bestselling author of Viridian Gate Online: The Illusionist and the Black Year Series, comes the second book in the massive and ever-expanding FiveFold Universe!