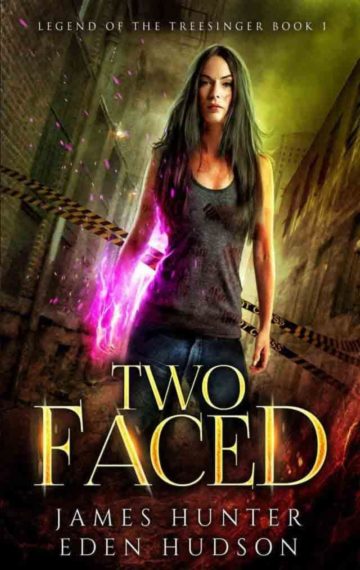 Ancient Demons. A Terrible Curse. Only one woman can save the day … though she’s not really a woman at all.

Winona Treesinger is a Bigfoot—and no, she doesn’t just have large feet. She’s literally an eight-foot tall walking myth, and the last great princess of the People of the Forest.

All she and her people want is to dwell in the deep places of the forest, well away from mankind and the destruction they bring to the land and the world. But when Winona hears about a string of grisly murders in the nearby city of Missoula, she knows in her gut it’s the work of an ancient evil, driven away from their lands long ago.

Against the wishes of her Father, Chief Chankoowashtay, Winona must leave the forest and venture into the world of men, disguised as a frail human, in order to set the balance straight and stop the killings. And with the help of a handsome, slick-talking city detective named Chris Fuller, she might be able to do it. But if Chris finds out what she really is, stopping the creature might be the least of her worries.

From James Hunter (author of the Yancy Lazarus series and the litRPG epic Viridian Gate Online) and eden Hudson (author of the Redneck Apocalypse series) comes a gritty, action-packed urban fantasy adventure with a kick-ass heroine, a savvy street cop, and a twist that you won’t see coming!