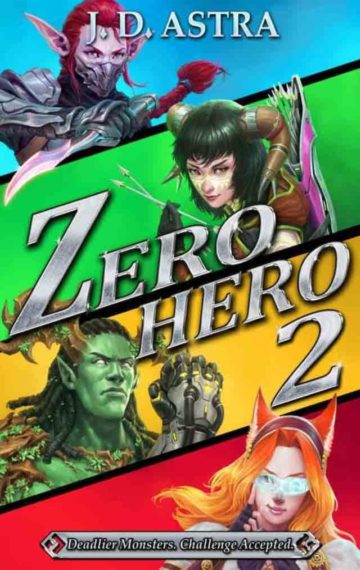 Terra’s Heroes are zeroes no more.

For Claire and her RPG hero friends, the spring semester was loaded with PR interviews, sponsorship requests, and paparazzi. Summer has come and it’s finally their chance to unwind in Italy.

The Hero Olympics will test Claire on and off the field as an evil plot unfolds in the shadow of the games. Augur’s visions can only get them so far as Terra’s Heroes fight not just to claim victory for their guild, the Stewards of Light, but to foil the plans of an unknown agent who’s pulling the strings of the massive corporation XHRI, an Olympic sponsor.

The line between friend and foe will blur as Claire navigates new waters of fame and fandom. Can Terra’s Heroes prevent the games from falling into the grip of a deadly plot, or will they succumb to the wiles of their mysterious enemy?

From J.D. Astra, author of the LitRPG Epic Viridian Gate Online: Firebrand, comes a new universe of heroes and monsters. If you loved Super Powereds by Drew Hays, I Alone Level-Up, or you crave more anime like One Punch Man and My Hero Academia (with a healthy serving of RPG elements) then Zero.Hero is for you!