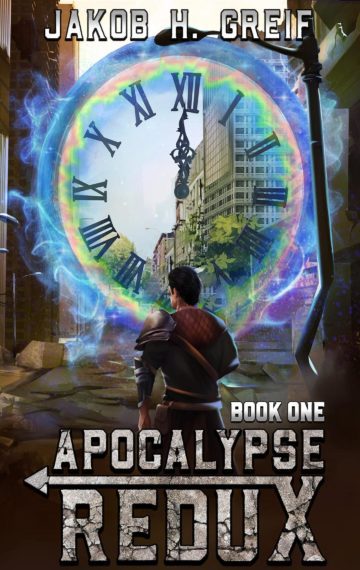 Isaac Thoma lived to see the last handful of survivors defeat the demonic champion. He is now alone, his past in ashes, the last and most powerful human on a blighted Earth. But what if he could go back?

Hurled back in time, Isaac has one chance to change it all. A chance to warn humanity of their impending doom. A chance to stop the [System] before shortsightedness and lust for power can render humanity extinct. Facing malign deities, demonic hordes, and the unstoppable march of human greed, Isaac will give his all to prevent the end that has already happened on the day the world became quantified.

Apocalypse Redux is a pre-apocalyptic LitRPG by Jakob H. Greif (aka Wilderfast). A rationalist approach to fighting the end of the world amidst mind-bending adventures and battles against infernal forces, Apocalypse Redux is the series that took RoyalRoad by storm. Buy it now to see if humanity’s fate can be changed. To see if one man, with a second chance at life, can rise up and make a difference.